June is #legalread in the Read Watch Play themes for 2015

Posted on June 1, 2015 by Librarians with Altitude

Without Prejudice: reading, watching and playing with the law

2015 marks the 800th anniversary of one of the world’s most important documents: Magna Carta. 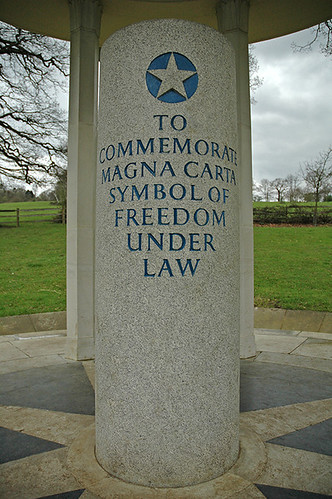 Magna Carta is so much more than a peace treaty between a quarrelsome King and his barons, sealed (not signed) in a meadow on the banks of the Thames on June 19th, 1215. Its lasting iconic value as the foundation of so many world democracies lies in the power of an idea – a principle, which states that nobody, including the King, is above the law of the land.

You can find out more about Magna Carta through the anniversary committee’s website or on Twitter: #MagnaCarter800th

Some aspects of law have become entrenched in popular culture, such as the Miranda Warning, while every day, around the world, people seek legal information in plain language including Hot Topics online. Genealogists, students of history and those who are simply curious also regularly access sites such as Births, Deaths and Marriages, Convict Records, the Old Bailey Online, various Police Gazettes and pieces of legislation that changed our lives including Mabo.

The law has also played an increasingly important role in crime fiction from tales of Robin Hood and Sherlock Holmes, classic tales of those who feel forced to break the law – for examples some of the characters in the novels by Charles Dickens – to thrillers by Harlan Coben and modern day police procedurals including works by Ian Rankin and legal procedurals from authors including Sydney Bauer, John Grisham and Lisa Scottoline. Readers who enjoy these novels might also enjoy the forensic procedural, a genre dominated by the likes of Patricia Cornwell and Kathy Reichs. These stories easily translate to large and small screens with popular shows including Bones, Castle, Cold Case, New Tricks, Rake and many more. Other popular genres also provide opportunities to read about the law from James S. A. Corey to Star Trek.

For those who prefer fact to fiction there are numerous true crime works available (books and documentaries) as well as biographies of legal professionals and histories of famous legal battles.

The only judgements made for #legalread are those found online, on the page and on the screen: readers are free to play around with what interests them and perhaps use #legalread to engage with a type of fiction or non-fiction that they have not read or watched before (you can also play games).

There will be a twitter discussion on 30 June starting at 8pm Australian Eastern Standard Time. 9pm New Zealand Time, 6pm Singapore Standard Time, 8am GMT and 12 noon Central European Time. Note: this is a staggered start to the discussion.

Use the tags #legalread and #rwpchat as you discuss the reading, watching playing that is your experience of #legalread, so others can join in the conversation too.