Posted on October 1, 2016 by Librarians with Altitude

#bookbitesread is the mouth-watering topic for discussion in October.

The first thing which springs to mind is the vast array of cook books that pervade most bookshelves. Take a look at the non-fiction shelves at your local library around the 641s. The earliest version dates back to the 1st century and written in Latin. These are also matched by a multitude of books about diets and dieting, either for specific health conditions or because of our hunt for the perfect figure. 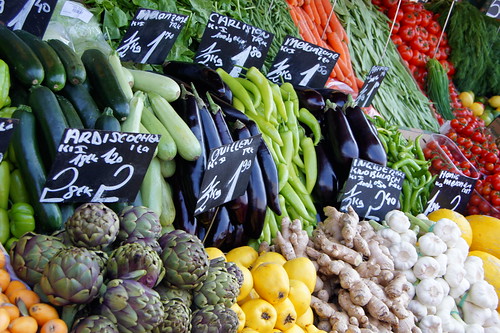 Knowing where our food come from and sustainability has become an increasingly hot topic with many towns now boasting Farmers markets, promotions such as Good Food Month in Australia and The Food and Farming Award in the UK and many, many other regional food awards promoting where their produce comes from. You can also buy food directly from some farms, and market gardens.

Recently the publishing industry has seen a surge of books about all things that bite – whether you are fans of Stephanie Mayer’s Twilight saga, or prefer the slightly less glamourous Darren Shan vampire books, there are many to choose from, as well as some with werewolves, such as Harry Potter and the Wolves of Mercy Falls trilogy. (Or maybe you are a fan of Murnau’s classic Nosferatu film!)

You might also want to discuss real-life biters from very small bugs like mosquitos and fleas, to larger sets of teeth like snakes and sharks, which I suppose, might lead to a discussion about travel fiction such as Paul Theroux’s writings, as well as classics like The Jungle Book and The Life of Pi.

From steamy jungles where the bugs bite to the frozen wastes where the frost bites; there’s may cold adventures to be had from the very real biographical work of Sir Ranulph Fiennes to the fictional but still chilling A Christmas Carol, Call of the Wild, Frankenstein, and Marcus Sedgwick’s Revolver which also features the law being taken into the character’s own hands (so some biting revenge!).

From cold places to comfort eating, there are also many fiction books that delight in describing the food in the story, such as Donna Leon’s Guido Brunetti stories to Joanne Harris’ series Chocolat, Blackberry Wine and Five quarters of the Orange, and Mouse-Proof Kitchen by Saira Shah, where food is definitely used as therapy.

Short stories and Biographies are a good way of getting a quick bite of story or someone’s life. If you’re looking for a quick bite, Arthur Conan Doyle’s Sherlock Holmes stories were published as a serial in the newspaper as was Helen Fielding’s eponymous heroine Bridget Jones.

For a more literal reference to book bites you can follow the adventures of Tony Chu, a graphic novel series about an America Food and Drug Administration Agent solves crimes by receiving psychic impressions from comestibles, including people.

So there is plenty out there to satisfy everyone’s taste and we’d love to discuss your favourite bites.

1 Response to #bookbitesread, the Read Watch Play theme for October 2016