What Library Staff are Reading – October 2016

Posted on October 24, 2016 by Librarians with Altitude 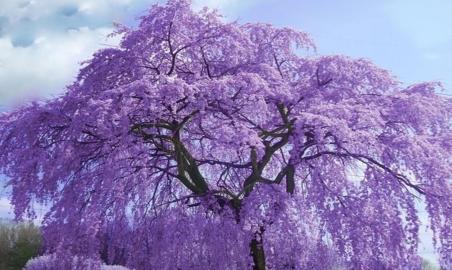 Oh my, we’ve been having a busier time that we thought. We haven’t posted a What Library Staff are Reading since February!!!

Anyway, here’s some reading staff have been doing that might provide some inspiration to you as we head towards the warmer weather.  It’s almost jacaranda time – my favourite.

Britt-Marie was Here by Fredrik Brackman – I wasn’t sure I was going to like this novel, written with a distinct Swedish flavour, but the character Britt-Marie and the author’s sparse writing style somehow drew me in to this strange, funny, sometimes confronting story about a rather difficult character. Almost against my will I came to barrack for Britt-Marie. An uplifting tale of the value of belonging and community, and that it is never too late. Scored 4 stars.

Tulip Fever by Deborah Moggach – the film is due to be released soon so I thought I’d give this another read.  Set in Amsterdam in the 16oos there are plenty of references to Dutch art of the period – the story revolves around the parallel romances of wealthy young woman, Sophia, married to a much older and that of her maid, Maria.  Atmospheric and evocative of both time and place – 3 ½ stars

Tell the Truth, Shame the Devil by Melina Marchetta who usually writes YA fiction. This thriller is about the suspected terrorist attack on a bus of school children on tour in France. Suspended policeman Bish ends up investigating the bombing when he goes to fetch his daughter who has survived. Questions start to be asked when it is revealed that one of the other students is the granddaughter of a man that set a bomb of in a supermarket whose mother is currently in jail as an accessory. A page turner – 4 stars

The Yalda Crossing by Noel Beddoe – a book group read. This is the story of white settlers to the Murrumbidgee River in the 1830s/1840s and their interactions with the aboriginal peoples.  It has parallels with the much more famous The Secret River by Kate Grenville which is also the better book. It took two goes to read this.  I tried it several months ago and, despite it ticking a number of my appeal boxes – history, Australia – I couldn’t get into it. With a deadline I did a bit better – 4.5 stars

His Bloody Project by Graeme Macrae Burnet – about a murder set in the remote north west of Scotland in the late 1800s and told in the form of a confession by the perpetrator, court documents and newspaper articles. The authentic-seeming presentation of this is apparently confusing some who are reading it as true crime.  This is another book that seems familiar – this time it reminds me of Burial Rites by Hannah Kent – perhaps because of the similar time setting and the similarities between the lives of Icelandic peasants and Scottish crofters of the same time?  Scored 4 stars

Unsuitable Men by Pippa Wright.  Fun chick-lit book – great concept – what to do when you get out of a long term relationship?  Date the unsuitable men. 3 stars

Unbearable Lightness by Portia di Rossi.  Do you want to know more about anorexia?  The intricate, nitty gritty thoughts and day to day gruel?  This was an eye-opener for me.  Not recommended for teenage girls with low self-esteem as Portia goes into way too much detail on how she learnt to survive on eating very, very little.  3 stars

The Last Anniversary by Liane Moriarty. Fantastic characters – could not put this down. 4 stars

Stories I only tell my friends by Rob Lowe – like I was sitting with Rob with a wine (except he no longer drinks) and he was telling all his funny stories from the movie industry. 4 stars

Everywhere I look, by Helen Garner. This is a set of essays and observations. What IS the magic of Helen Garner? I’ll try to describe it: she is devastatingly honest, she is a central pole of quiet wisdom in a noisy world, she approaches difficult subjects in a spirit of curiosity and without moral judgement. Compassion, and a desire to understand, drive all of what she writes. She pares her writing back until it says just what she means it to, no more, no less. She is a literary hero for me.

The Mud House, by Richard Glover. If you’re a sucker for Kevin McLeod’s Grand Designs, if you just get off on the building process, you will bathe luxuriously in this memoir of Glover’s, in which he details how he and his wife join with two friends, to build a house of mud brick on a remote and difficult block somewhere in the general area of Wombeyan Caves, central NSW. Glover is habitually entertaining, but he is also on a voyage of discovery. He has never built anything in his life. He learns as he goes. So, eventually, do his children. The house isn’t perfect, says Richard, but we built it ourselves!

Truly Madly Guilty, by Liane Moriarty. Three couples meet in a backyard for a barbeque. Their three kids and a dog are there too. Nothing very startling about that? But start reading the book and I guarantee you won’t want to do anything else until you get to the last page. Riveting. Moriarty sustains tension to the last.

If you’re eternally curious about Aboriginal culture and are looking for a wise, unsentimental understanding of it, read Kim Mahood’s Position Doubtful. She was raised on a cattle station in the Tanami desert country, and returns to it on and off, because this is her blood’s country, as Judith Wright puts it in South of my Days. As aboriginal paintings look down on country from above, Mahood seeks to do something similar, engaging in a mapping exercise of sorts: mapping country, mapping relationships, mapping the black/white nexus. An extraordinary book, from an artist working across several disciplines.