The Ice Princess by Camilla Lackberg

Posted on November 20, 2017 by Librarians with Altitude 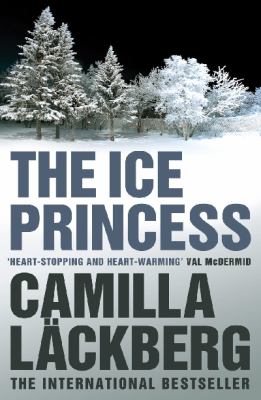 The first book in the Patrik Hedstrom series

Plot Summary : The writer Erica Falck has returned to her home town on the death of her parents, but discovers the community in turmoil. A close childhood friend, Alex, has been found dead. Her wrists have been slashed, and her body is frozen solid in a bath that has turned to ice. Erica decides to write a memoir about the charismatic but withdrawn Alex, more as a means of overcoming her own writer’s block than solving the mystery of Alex’s death. But Erica finds that her interest in Alex is becoming almost obsessive. She begins to work with local detective Patrik Hedstrom, and the duo soon find that some unpleasant secrets are buried beneath the comfortable surface of the town. (Source: Fantastic Fiction)

Review: I was not impressed by this book.  Amateur night all the way.

There is so much is wrong with this book; I will put my most annoyed observations as dot points.

So, two stars from me. Why? Because I love dead bodies found in baths under suspicious circumstances.

But I won’t be recommending it to anyone.